>> The following information is taken from Vertebrobasilar Stroke, by Allan G.J. Terrett

1972 - Maigne suggested: "There is probably less than one death of this nature out of several tens of millions of manipulations."

1978 - Cyriax stated: "this risk works out to about one in ten million manipulations, and is no argument against manipulative reduction in suitable cases."

1981 - Hosek et al suggested: "we may form a conservative likelihood estimator by looking at the ration of vertebrobasilar injuries to adjustments performed.  This ration would be 100 injuries per 100 million adjustments - one in about one million."

1983 - Gutman concluded: "There are 2-3 serious incidents involving the vertebrobasilar system occurring in 1 million manipulations to the upper cervical spine."

1993 - Carey found: "In a study of a five year period (1986-1990), using statistics from Provincial Governments of Canada, the Canadian Protective Association, and reported legal/insurance claims, concluded an incidence rate of one in every 3,846,153 neck manipulations.  None involved death, one had complete recovery, six had some neurologic deficit, four completely resolved, and two had psychological problems, but no physical deficit.  If the Province of Quebec were isolated, with 14 million manipulations performed and only one CVA in a five year period, there would be an incidence of one in 14 million." 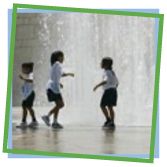 1995 - Dabbs and Lauretti following their research wrote "in a three year period 1991 to 1993, NCMIC closed a total of 96 claims for cerebrovascular accident.  Of this total, 61 were closed with payment and 35 were closed without payment.  If one concludes that there was little or no merit to the 35 claims that were closed without payment, this would average 20 cerebrovascular accident claims per year.  This figure was recently accepted by a popular consumer magazine as a correction to a previously published article (Corrections. Consumer Reports March 1995, page 132).  Because NCMIC insures about one-half of the US chiropractic profession, their members should be similar to the national average - Curtis and Bovee report that rotary adjustments of the cervical spine make up about 30% of the visits made to chiropractors.  Therefore, chiropractors insured by NCMIC each performed some 1,800 cervical manipulations in each of the three years reported above.  Considering these numbers, we calculate that NCMIC's 24,000 D.C.'s perform some 43 million cervical manipulations per year.  Twenty post SMT strokes indicate a rate of less than one stroke per 2 million cervical manipulations."